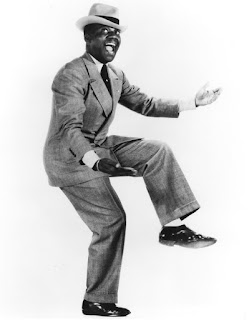 After the recent deluge in South Texas, I wrote to a friend, expressing the hope that everything was “copacetic.” Copacetic (sometimes copasetic or copecetic) is a word that I used in my youth as a kind of joke, never thinking of it as a real word. Not heard as frequently today as it once was, it can be regarded as “semi-archaic” (as can I).

It turns out copacetic is a real word, meaning “satisfactory,” and it made its first known appearance in print in 1919, in A Man for the Ages, a biography of Abraham Lincoln, in which Irving Bacheller wrote: “‘Now there’s the kind of a man! Stout as a buffalo an’ as to looks I’d call him, as ye might say, real copasetic.’ Mrs. Lukins expressed this opinion solemnly and with a slight cough. Its last word stood for nothing more than an indefinite depth of meaning.”

The origin of the word has etymologists stumped. Some think that Bacheller invented it. Others say it sprang from Bill “Bojangles” Robinson’s tap-dancing jargon, and thence into the vocabulary of Southern African Americans just after the turn of the 20th century. Whether Robinson invented the word or not, he was its chief popularizer.

Another theory suggests copacetic derives from one of two Hebrew wordsj—  hakol b’seder  (“all is in order”) or kol b’tzedek  (“all with justice”) introduced into the U. S. by Yiddish-speaking Jewish immigrants. Cajun French speakers also claim to have introduced the word, as a variation of couper esètique, meaning either “final cut,” i.e. the point beyond which nothing can be changed, or “capable of being coped with.” Another French slang term, copain, c’est épatant (“buddy, that’s great!”) is sometimes cited as the source.

Some etymologists theorize copacetic derived from copasenee, a term used by the Chinook of the Pacific Northwest to mean “everything is satisfactory.” And, finally, one highly implausible explanation is that copacetic comes from a gangster expression, “the cop is on the settee,” indicating that the police are not actively patrolling and the coast is clear.

The old Bard of Buffalo Bayou feels copacetic on rare occasions, when unsuspecting strangers offer to buy him a glass of the cheap Chardonnay that he favors.

Whenever I’m waxing poetic,
I think everything’s copacetic,
But the readers resent
All the efforts I’ve spent
And say that my verse is pathetic.

Some readers are more energetic,
Their critiques are unkind and frenetic,
My lack of pathos
They blame on my bathos,
And they find my verses emetic.